Hypothetical question, if you had a wrestling company on national television and worldwide pay-per-view, would you rather have a television segment draw two million viewers, which today would be a boffo number, or would you rather have your quarterly, or even monthly, paid event draw a quarter-million buys? The answer, to me at least, is quite clear. You want to cultivate a large, faithful audience that will spend more money on you than average, that will be loyal through the lean times, that will proselytize during the good ones. You want the hardcore fan's faith first and then use that base to then try to attract casual fans who might pop in sporadically and artificially inflate the ad rates you can demand on television. The answer is the high number of PPV buys.

This answer will not approach a consensus. A long time ago, over 20 years ago to be exact, pro wrestling was in a television ratings boom. Television was in a weird but unsustainable time, when cable was widespread enough that nearly everyone in the country had it, but not technologically advanced enough to have the wide breadth of programming choices available today. Right now, the sheer amount of content available for visual consumption is so mammoth that cable can't even contain it. Live television, of which cable was an evolution from the over-the-air networks, is kept afloat by sports, artistic competition shows, and the news. Anything where process or story trumps the result can now be viewed at a leisurely pace, whether by on-demand streaming or by digital recording for shows that still air traditionally. Wrestling, though in demand for live content aired 52 weeks a year, can easily be viewed post-first run, because the stories and the match quality and the funny moments are far more important to most viewers than raw wins and losses.

Therefore, the idea that you play to a television audience is antiquated. You get two million viewers for a segment, and you can flex, but real heads know you want to get as many of those viewers to drop money on live event tickets, merchandise, and pay-per-view events. It shouldn't come as a surprise, though, that people who cling to the idea that television ratings are king came up during this ratings boom era. Not all of them take it to the same extremes, but this argument that you need to court casual fans over those who want so bad to support your product that they will plan entire vacations around going to whatever metro area hosts WrestleMania or spending Labor Day weekend in Chicago for All Out stems from one, singular person who for some reason has people paying him money in 2021 to hear relevant wrestling opinions: 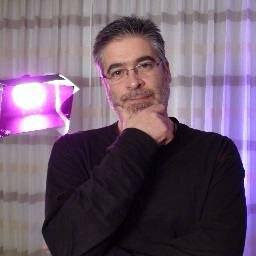 Vince Russo's contributions to the wrestling industry are still lauded enough to this day that he can make a living "analyzing" wrestling and supporting other writers through Patreon. I will not give him the courtesy of saying he makes a few good points, because any good point he makes comes entirely by accident and with no clear understanding of how professional wrestling works when it's at its healthiest. Jim Cornette, conversely, might deserve some credit for making a good point any once in awhile, but that goodwill fades like fog in the sunlight when he sics his online attack squad on anyone who likes something he finds personally repulsive. But this is not about ol' red face, it's about the BRO Man.

The consternation with Russo in 2021 is that his analysis often centers on the actual wrestling. He made it big in a time when televised wrestling was, by and large, a non-entity, and the creep of his ideas on what a wrestling match should be sometimes infected pay-per-view matches. It was heavy on the idea that people don't care about the actual matches, but on "moments," or being "entertained." It's easy to see how that brand of snake oil would have intoxicating effects on Vince McMahon, who doesn't like the term wrestling and sees himself and his product as "entertainment." However, when left to run a show without Russo's input, McMahon has always shown a respect to the actual process of a wrestling match, at least in letting it play out.

This sort of war exists on an axis where one extreme is "wrestling doesn't matter at all" and the other is "wrestling is the ONLY thing that matters." There are two facts that I believe are 100 percent true regarding this axis. The first is that Russo, thought probably not all the way on the extreme of "not at all," resides closer to that absolute than anyone who has ever worked in a successful wrestling company was to the OTHER absolute. The blatant disregard for the norms of pro wrestling was never clearer than when he took over creative duties for World Championship Wrestling and didn't have the stern voice in his ear telling him not to "go long with talking segments" like McMahon did regarding the famous "The Rock, This Is Your Life" one that drew one of the highest ratings ever1. Russo is probably not the biggest reason why WCW went tits up, but his supposed remedies for their ratings dips behind WWE were ultimately more like palliative care putting it mildly.

The second truth is that the correct position on that axis is NOT in the middle, and I would venture to guess it's not close to the middle position that says "wrestling doesn't matter more or less than the other stuff." The dirty truth that so many people who are unwitting to the DNA of wrestling is that without the matches, you are left putting on an improv show or a scripted drama with writers who are nowhere near as cogent and witty as the ones already working on actual shows with actors who are nowhere near as competent as thespians as the ones already working in these shows or movies. Wrestling matches are the draw, even if people can hem and haw online as to what manner of wrestling match is the draw.

The fact of the matter is that no one kind of wrestling is a skeleton key. If it was, and the kind of stuff AEW that Russo derides as "ALL WORKRATE, BRO" has going on for it would not be drawing the same number of fans that it is. AEW has taken an audience, plied it, and grew it by executing on what that original fanbase wanted and then proselytized to others, be they lapsed fans or non-fans altogether looking for something cool to get into. They understand that everything that is done in any segment, any vignette, any promo, any backstage beatdown, any pre-produced puff piece, anything that isn't a wrestling match, and even some things that ARE wrestling matches have to lead to a wrestling match down the line, specifically, to a finish of one. There has to be stakes. There has to be consequences. Everything has to flow through the conduit of the fight simulacrum that wrestling produces as its main avenue of conflict and, more importantly, resolution.

Promos are great. Everyone remembers promos, and every wrestling promoter, from the most who tend most towards in-ring action to the ones that are more inclined towards not caring about it at all, knows this. However, the promo is not the steak. It is the sizzle. No matter how good the promo is, if it does not entice the person watching it to tune into the match, it is a failure. If soliloquys or dialogues were the draw, you wouldn't be watching wrestling for the reasons stated above. It doesn't matter if the match is something like Kazuchika Okada vs. Kenny Omega or Hulk Hogan vs. Andre the Giant. The argument between those two kinds of matches among several thousands more different "types" is one you have after you realize that you're here to see a simulacrum of a real fight, done way more theatrically for entertainment value. And really, the argument over "what style is better" isn't so much that argument literally. Rather, it's "how well does the promoter understand their audience," and "what kind of wrestling has the biggest potential audience." The answer to the first question depends on the promoter, and the answer to the last varies with time and region and any number of other variables, including the answer to the first question. But I'm getting off track.

The point is that any time someone brings up the "This Is Your Life" segment as a rebuttal to people saying "wrestling matters," they have taken the Russo Pill. The Russo Pill is not a good thing to take. It has the detrimental side effects of your favorite narcotics with none of the fun highs you get from them. You'd be better off developing a mean case of pica and eating household items not meant for consumption than taking this. The Russo Pill causes a fundamental misunderstanding of wrestling. It claims the window-shopping portion of wrestling is better than the point of sale. For a business that is so married to capitalism like wrestling is, it's hilarious that such a backwards mentality can take such a hold in the business.

You can cite ad rates all you want, until you're blue in the face and gasping for air because you're forgetting to breathe between syllables. Ad rates are important, but prioritizing them as an "either/or" over building fans who will actually pay you directly for goods and services is so cognitively dissonant that one might think it was developed in a mental institution and not among the staff. Creating content that appeals to both the hardcore fans and the casual fans is not hard to do in theory. Finding something that will pop a viral audience, and let's face it, the casual fans in the '90s are equivalent to viral crowds now, is less a skill and more a crapshoot. The real viable companies, the ones throughout history, have always relied on getting people to stick around to see the payoffs.

That's why a quarter-million PPV buys is greater than two-million TV viewers. Those buys, which might represent more than one person per buy anyway, represent people who wanted to see the payoff. They're the fans you're going have coming back to you if you make them happy. Hell, judging by the return audience of WWE, you're going to get people coming back to you even if you piss them off. It's not either or, but it's plus. That's what happens when your view sees the whole picture. It's what happens when your view isn't clouded because you took the Russo Pill.